Scientifically named Viburnum opulus, the cramp bark is indigenous to the woodlands and thickets of North America, Europe, and Central Anatolia Region of Turkey. [1][2] This upright shrub is called by many equally common names, including guelder rose, cranberry tree, pembina, and snowball tree. [1] In several European countries, it is regarded as an ornamental plant due to its flowers and berries and is called the European cranberry bush despite the absence of close relation to the cranberry. [3]

Cramp bark can grorw to a height of 1–3.5 meters and yields small white blossoms in clusters. It possess a bark with strong odor and somewhat bitter taste. The bark, which is greenish brown externally but greenish yellow to red brown on the inside surface, is stripped from the young shoots and harvested during spring and summer once the plant starts to bloom. [1] Its leaves are palmately three- to five-nerved, have coarsely serrated margins and a rounded base, and are glabrous at the top surface but pubescent beneath. The smooth, glabrous branches and stem are angled, with the young buds protected by scales. The globose, bright red fruit or drupe contains one seed, which is scattered by birds. [4]

The Native Americans had traditionally employed cramp bark as an anti-abortive herb, [5] as a remedy to uterine prolapse, a diuretic, and an anti-inflammatory agent for swollen glands, [6] and as a spasmolytic against cramping discomforts in all body parts. [7] A decoction of the bark is also produced as a social beverage and eye wash. [6] The juice from the highly acidic cramp bark fruits, being a good source of high quantities of polyphenols, ascorbic, acid, carotenoids, and L-malic acid, can be consumed as a nutritious drink and jellies. [8]

The fruits of cramp bark are employed as treatment for a variety of gynecological disorders such as primary and secondary dysmenorrhea and ovarian cysts. [9] The plant is also medicinally indicated for threatened miscarriage, skeletal muscle cramping, ovarian pain, angina, palpitations, spasm of the bladder, and infantile enuresis. [1] Because of its antioxidant property, cramp bark, especially its juice, has been used as treatment of menstrual cramps, nervous system disorders, and liver and biliary diseases. [10]

Cramp bark contains a rich amount of biologically active substances. ‘Krasnaya Grozd’, a cultivar of cramp bark, is noteworthy due to its extraordinarily great amount of total phenolics, 1168 mg/100 g, with anthocyanins in the range of 3–5 % of the total phenolic content. [2] HPLC analysis of Saltan et al. (2016) on the active extracts of Viburnum opulus fruits identified chlorogenic acid as the chief compound, calculated as 0.5112±0.0012 mg and 1.7072±0.0277mg/100 mg of ethyl acetate and methanol extracts, respectively. [9]

The percentage composition of Viburnum opulus essential oil, as analyzed through GC-MS with HP-5 column by Yilmaz et al. (2008), is presented below. [11] 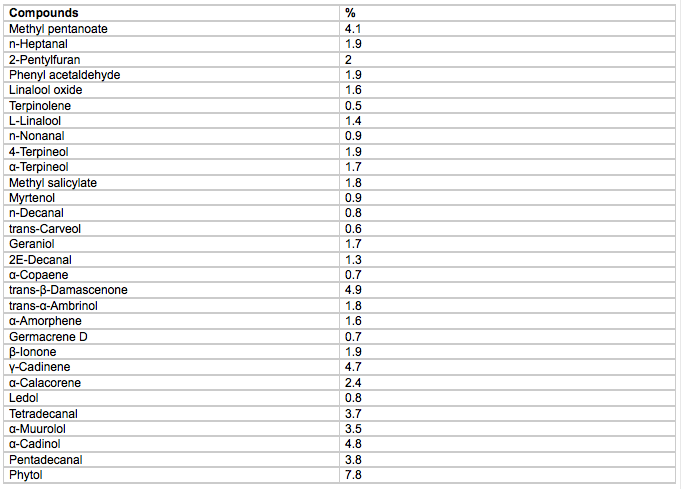 Results from the study of Saltan et al. (2016) demonstrated the remarkable efficacy of extract derived from the fruits of cramp bark as alternative treatment for endometriosis, a gynecological condition wherein tissues lining the inside of the uterus (endometrium) grow outside the uterine cavity (i.e., on other pelvic organs such as the ovaries). Such effectiveness has been largely attributed to the chlorogenic acid content of cramp bark, with other phenolic compounds potentiating the activity. Rats treated with ethyl acetate and methanol extracts of cramp bark had significantly reduced endometriotic volumes and substantial remission in the levels of tumor necrosis factor-α (TNF-α), vascular endothelial growth factor (VEGF), and interleukin-6 (IL-6) in the peritoneal fluid compared to the control group. An absence of adhesion had been noted in the reference group and group treated with ethyl acetate extract of cramp bark. [9]

A 2013 research published in Toxicology and Industrial Health journal demonstrated the utility of Viburnum opulus juice as a preventive agent against colon cancer at the initiation stage. In this study, growth of colon tumors was induced in male mice through subcutaneous injections of 20 mg/kg of 1,2-dimethylhydrazine (DMH) once a week for 12 weeks. Rats administered with Viburnum opulus juice for 30 weeks (started with the first DMH injection) and for 18 weeks (started after the last DMH injection) were characterized by a reduced total number of tumor lesions. In addition, it has been observed that rats receiving the juice for 30 weeks had significantly lower incidence of invasive carcinoma than rats belonging to the DMH control group. [13]

The study of Ceylan et al. (2017) is to date the first study that confirmed the in vivo antitumoral activity of Viburnum opulus on Ehrlich ascites tumor model. Results of this study indicated that the extract of cramp bark at daily doses of 1000 mg/kg, 2000 mg/kg, and 4000 mg/kg displayed anticancer activity against Ehrlich ascites carcinoma in mice, preventing the further growth of tumor cells. Experimental groups demonstrated a reduced number of viable cells and body weights and an increase in nonviable cell count, which was dependent on the dose of cramp bark extracts. [8]

By means of the agar diffusion method, a 2006 study demonstrated that at 10 and 15% concentrations, dried fruit extract of Viburnum opulus inhibited all ten bacteria tested, some of which are pathogenic. [3] An evaluation of the antimicrobial properties of cramp bark fruit juice by Cesonienė et al. (2012) pointed out its strong inhibition of the growth of a variety of human pathogenic bacteria, including Salmonella typhimurium and Salmonella agona (Gram-negative bacteria) and Staphylococcus aureus, Lysteria monocytogenes, and Enterococcus faecalis (Gram-positive bacteria). [2]

Proanthocyanidins isolated from Viburnum opulus had been revealed in a 2006 study to potently protect the gastrointestinal mucosa against injury by increasing the production of endogenous nitric oxide, by inhibiting lipid peroxidation, and by mobilizing antioxidant activity. Based on the results from the study, pretreatment with Viburnum opulus proanthocyanidins orally administered at a dose of 25, 50, or 75 mg/kg resulted in gastroduodenoprotection and an increase in nitric oxide expression, the two changes having been reversed by sensory denervation; an augmentation of activity of antioxidizing enzymes superoxide dismutase (SOD) and catalase (CAT); and a decrease in MDA content. [14]

Antinociceptive activity of water extract from cramp bark leaves was established in a 2008 study in mice and rats. At doses of 100 and 200 mg/kg, the extract inhibited acetic acid-induced abdominal stretching in mice in a dose-dependent manner and exhibited antinociceptive activity, as evaluated in the tail-flick test. The LD50 of cramp bark was determined as 5.447 g/kg. [15]

Viopudial, a component of cramp bark, has been verified as a hypotensive and smooth muscle antispasmodic. Its administration causes bradycardia, hypotension, and slight decrease in myocardial contractility because of its effects on the enzyme cholinesterase based on experimental evidence. In vitro, it has been demonstrated that viopudial is relatively weaker than physostigmine, a reversible cholinesterase inhibitor, in terms of competitive inhibitory effect on both acetylcholinesterase and butyrylcholinesterase. Additionally a direct musculotrophic action may also explain the overall activity of viopudial. [16]

Erdogan-Orhan et al. (2011) evaluated the acetylcholinesterase-inhibitory activity of ethyl acetate, methanol, and water extracts from branches, leaves, and fruits of Viburnum opulus in vitro by utilizing an enzyme-linked immunosorbent assay microplate reader. They found the leaf methanol extract to exhibit a considerably high inhibitory activity against acetylcholinesterase (57.63 ± 1.23%, 87.41 ± 0.99%, and 93.19 ± 0.87% at extract concentrations of 50, 100, and 200 μg/mL, respectively). [17]

Individuals with established allergy or previous hypersensitivity reactions to members of the Caprifoliaceae family, to which cramp bark belongs to, are advised to exercise caution when taking cramp bark. There is also limited information on the safety of cramp bark when used during pregnancy and lactation, so pregnant or lactating women should best avoid it. Contraindications to the use of cramp bark have not yet been well established by studies, as well as its potential drug interactions and toxicology.

[17] I. Erdogan-Orhan, M. Altun, B. Sever-Yilmaz and G. Saltan, "Anti-acetylcholinesterase and antioxidant assets of the major components (salicin, amentoflavone, and chlorogenic acid) and the extracts of Viburnum opulus and Viburnum lantana and their total phenol and flavonoid contents," Journal of Medicinal Food, vol. 14, no. 4, p. 434–440, 2011. https://www.ncbi.nlm.nih.gov/pubmed/21186982 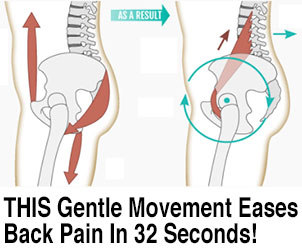