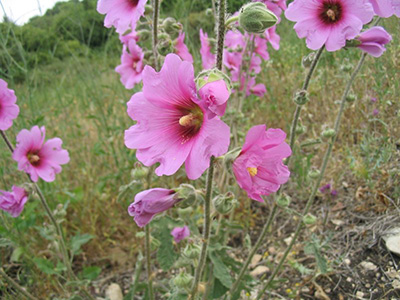 Other names for Hollyhocks, Past or Present

Native to Asia, Hollyhocks is a popular ornamental plant that thrives in dry environments.[1]

Hollyhocks has a history of use in various traditional medicinal systems. For centuries, healers have considered the plant to have demulcent, diuretic, and emollient properties.[2] In Medieval England, dried Hollyhocks blossoms were prepared as tea to soothe inflammation of the throat and mouth.

Hollyhocks is said to have been used by healers of the Wiccan tradition to relieve chest congestion and prevent kidney stones.[3]

In Ancient China, the herb was used for culinary purposes.[4]

In contemporary literature, Hollyhocks is described as being used to treat and and prevent respiratory disorders and digestive ailments. [5]In certain cases, the plant is reported to have had a soothing effect on mucous membranes. Hollyhocks is also considered to have been effective in treating irritable bowel disorder, hayfever, peptic ulcers, colic, bladder inflammation, emphysema, gastritis, bronchitis, and diarrhea.[6]

Also considered an aromatic, Hollyhocks is a common ingredient in home spa treatments and cosmetic products.[7]

Research into the potential medicinal benefits of herbs has determined that Malva hortensis (Hollyhocks) is similar in composition to Althaea officinalis (Marshmallow).[4]

Elizabeth Blackwell's "A Curious Herbal" (1751): 1. This plant grows six or seven foot high; the leaves are a light green and the Flowers a pale Red. 2. It grows in Garden and flowers in July and August. 3. Hollyhocks are much of the Nature of the common Mallows, but less mollifying; they are mostly used in Gargles for the swelling of the Tonsils, and relaxation of the Uvula. 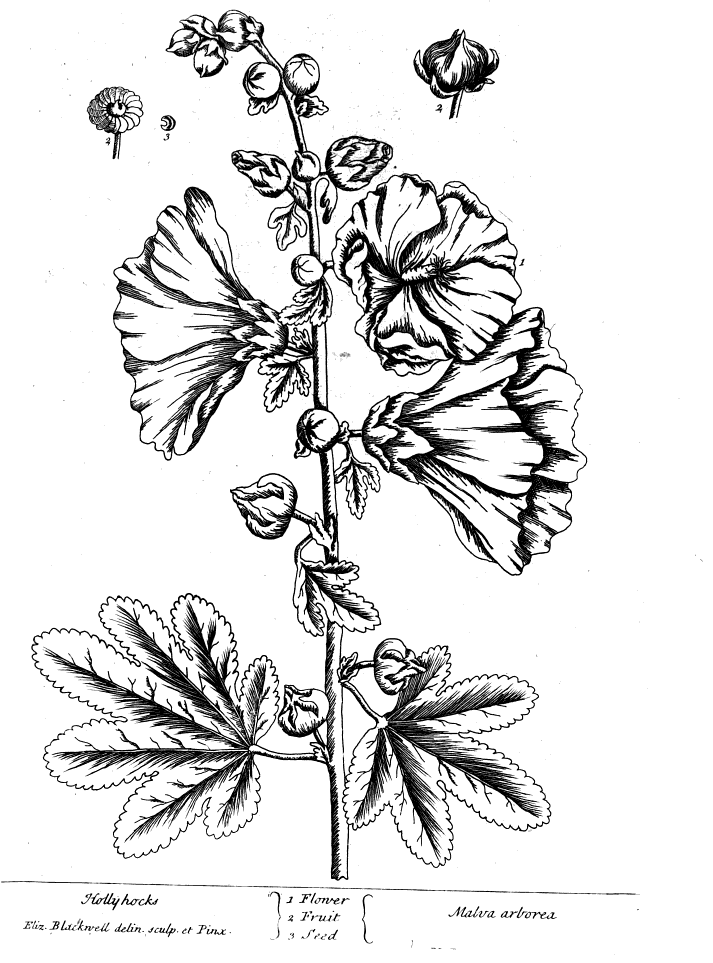