Other names for Honeysuckle, Past or Present

As a medicinal plant, Honeysuckle is said to have been used in cases of gastronomical distress, colds, fever and flu. In historical texts, Honeysuckle is described as an antispasmodic and anti-inflammatory. Traditional healers are said to have prepared the herb as a topical ointment for skin conditions such as scabies and boils. [1] 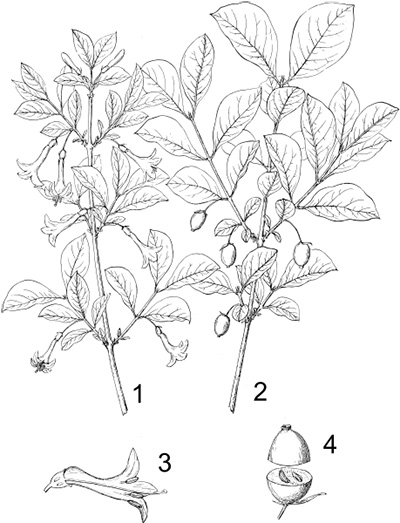 John Gerard (1597) described Honeysuckle as being effective in treating conditions of the liver, spleen, and respiratory system. John Brickell (1737) considered Honeysuckle to have diuretic, anti-asthmatic, and antibacterial properties. Brickell also indicated that Honeysuckle was used cosmetically as a treatment for pimples, and as a remedy for nervous conditions.[2]

By the nineteenth century Honeysuckle was not discussed extensively or mentioned frequently in herbals or other texts; however, C.S. Rafinesque (1828) mentioned that a syrup made of Honeysuckle leaves was used to treat conditions of the throat and lungs.[2]

Scientific research indicates that Honeysuckle (Lonicera periclymenum) might be effective in lowering cholesterol and blood pressure.[1]

Elizabeth Blackwell's "A Curious Herbal" (1751): 1. This shrub grows to the thickness of eight or ten inches in circumference, shooting out long slender stalks, which twist about every thing they meet with; the leaves are a bluish green, and the flowers a pale red; which are succeeded by Berries of a deeper red. 2. It grows in most hedges, and flowers the greatest part of the summer. 3. The leaves are sometimes put into gargarisms for sore throats. Some comend a Decoction of them for a cough and the Ptysick; and to open obstructions of ye liver and spleen. The oil, made by infusion of ye flowers, is accounted healing and warming, good for the cramp and convulsions of ye nerves. Matthiolus recommends the leaves and their juice as good in the ointments that are used for wounds in the head, and ulcers in the legs. 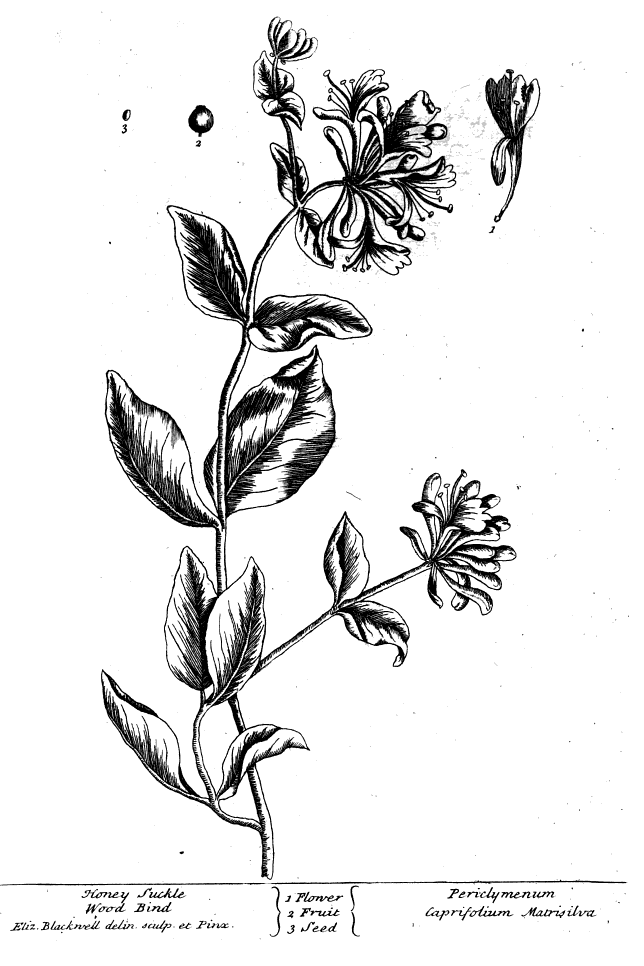