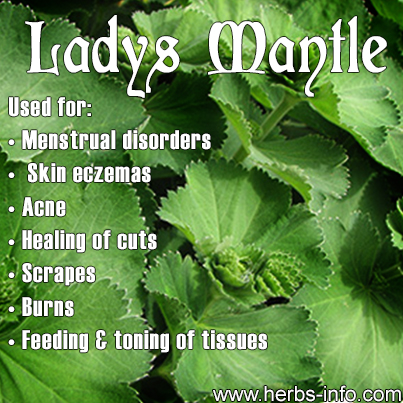 Lady's mantle is described in modern herbals as a treatment for menstrual disorders and skin eczemas. [1] It has been stated that an infusion, tea or tincture made from plant will relieve heavy menstrual flow, cramping, and symptoms of menopause. [2] Lady's mantle has been used in skin cleaners for the treatment and prevention of acne, and in ointments used to promote healing of cuts, scrapes and burns. [2]

Historically, Lady's mantle was thought to feed and tone the tissues. For this reason, it was administered as a tonic for pregnancy by herbalists in medieval England [3]

While the perennial herb Lady's Mantle has been recognized by modern scientists as having astringent properties, and considered by herbalists of old as being useful, its potential benefits have gone largely unnoticed by conventional medicine. [1]

Elizabeth Blackwell's "A Curious Herbal" (1751): 1. It grows to be a foot high, the leaves are a grass green, and ye flowers a yellow green. 2. It grows in meadow and pasture grounds, and flowers in May. 3. This plant is reckon'd a good vulnerary, being drying and binding, incrassating and consolodating, and of great force to stop inward bleeding, the immoderate flox of the menses and the fluor albus. The leaves applyed outwardly are accounted good for lank flagging breasts, to bring them to a greater firmness and smaller compass.

William Thomas Fernie - "Herbal Simples" (1895): The Ladies' Mantle - a common inconspicuous weed, found everywhere - is called Great Sanicle, also Parsley-breakstone, or Piercestone, because supposed to be of great use against stone in the bladder. It contains tannin abundantly, and is said to promote quiet sleep if placed under the pillow at night. 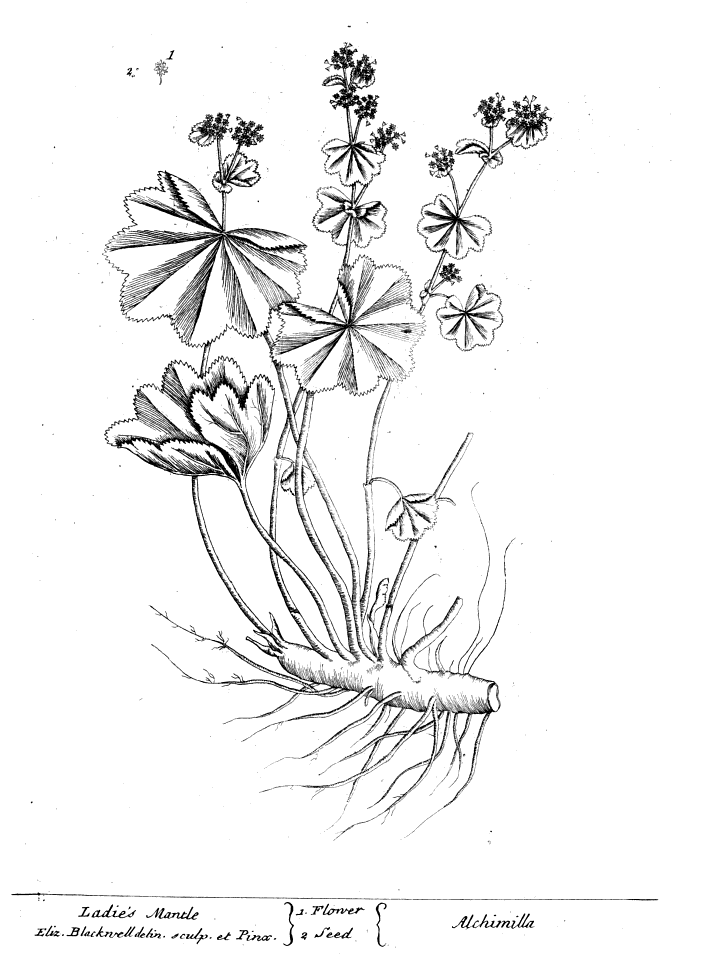 Other names for Lady's Mantle, Past or Present