Among the many known flowers used in cosmetology and folkloric medicine, lavender is among the most popular next to rose and jasmine with the use of the flowers dating back to Early Greece. Due to its popularity, lavender remains one of the well-loved flowers used for a variety of different purposes ranging from the cosmetic to the medicinal.

The earliest records of the use of lavender began in ancient Greece, where the flower was referred to by its place of origin – the city of Naarda, located in Syria – and was called nardus. [1] Despite its earliest usage being Grecian in origin and its place of origin credited as within the boundaries of the Mediterranean, the use of lavender as both a perfume and a medicine extends well beyond the Mediterranean.

The Greeks used lavender primarily for its aroma which they not only liberally used in the creation of rudimentary fragrances, but, overtime, they also capitalized on via trade. The name 'lavender' itself is a derivative of the Latin word 'lavare', meaning 'to wash', as it was employed by the Romans as a perfume for their baths, and as a constituent in their basic detergents, as it gave the clothes a distinctly pleasant and soothing aroma when soaked in hot water infused with lavender. [2] It's highly fragrant nature allotted it the position of being a well-loved garden herb to always have near the dwelling place as it no doubt provided a great respite from the oftentimes cloying stench of the Roman city proper.

The use of lavender as a perfume extended beyond its being employed as an aromatic for the laundry and the bath, as lavender scented water was also commonly employed by the Greeks and Romans, and, later on (come the Middle Ages), by the Europeans to scent their persons as well. Prior to the use of lavender in the purely medical sense, it was a well-loved hair rinse and skin tonic – a purpose which is still widely employed by herbalists to this day. Steeped in water, lavender was used to scent and condition hair, as it was believed to help hasten hair-growth and promote healthy, lustrous, and fragrant locks. This lavender water was also used as a facial rinse, and helped to alleviate acne and oily skin. Infused in oils such as olive oil, it was also employed by early herbalists as a soothing 'before bed' massage oil, and as a revitalizing hair oil – a practice still much employed to this day, especially in areas where old folkloric traditions are still kept alive. [3] 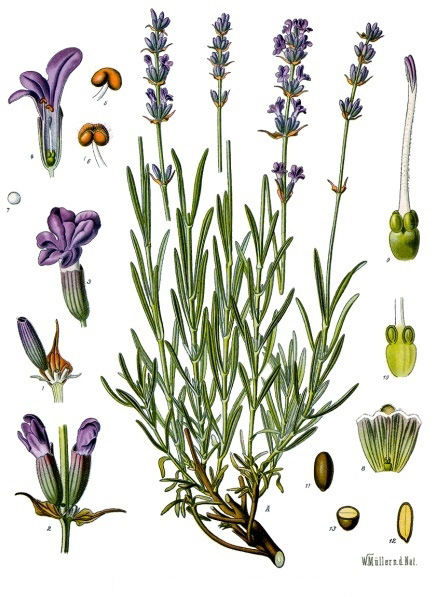 Grown both as a garden variety ornamental plant and as a source of essential oils for the making of perfumes, lavender is well known chiefly for its highly aromatic flowers of the same colour as its name. Lavender is widely used on account of its pleasing scent - and is now a very commonplace fragrance found in a wide assortment of products, ranging from soaps, shampoos, homely aesthetics, laundry detergents, and a myriad of other personal and general cosmetics, cleansers, air-purifiers, and even some foodstuffs.

It is now known that lavender possesses anti-bacterial and anti-microbial properties that allow it to lessen the production of sebum in the scalp. Sebum is the natural oils produced by the sebaceous glands that help to lubricate one's hair, although too much of it can result in lanky, greasy hair. Lavender, when employed as either a wash, rinse (when steeped in apple cider vinegar), or as a hair oil, regulates the production of sebum as well as assists in the healthy growth of hair. Recent medical studies have shown that the active compounds found in the essential oil of lavender is a potent possible remedy to a number of scalp problems, among them alopecia, (i. e. baldness). [4]

Aside from helping maintain long, lustrous, and fragrant crowns of hair, lavender is also well known throughout the ages as a calming and relaxing herb. Due to this fact, lavender has been made into a perfume by extracting its essential oils through the process of distillation since ancient times. The oils, employed primarily as fragrance, also possess sundry therapeutic properties that prove beneficial to the human body. Aside from its most common (if albeit somewhat relatively modern) use in aromatherapy as a calming herb, the essential oil of lavender can also be used to soothe cuts, burns, as well as to treat fungal infections due to its powerful antiseptic properties (the same properties that allow it to do wonders to the hair and scalp) [5]; it even works (when used with other herbs) as a natural tick and flea remover. Because of its calming properties, lavender oil is also a wonderful remedy for insomnia, motion-sickness, fatigue, and headaches. [6]

Lavender blossoms may even be employed as a tea to help alleviate stress and promote relaxation. A mild tea made from lavender blossoms can also be taken to help relieve the symptoms of heartburn, as well as to aid in digestion and allay the discomforts of diarrhea, along with remedying hoarseness of voice, dyspepsia, and toothaches. [7]

Perhaps the least well-known use of lavender is as a culinary herb. Lavender, despite being more well-known in the world of perfumery, also features as an excellent herb for cooking soups and stews. Lavender is also an excellent addition to rough, country-style salads (as is the case when it is used as part of a bouquet garni. [8] 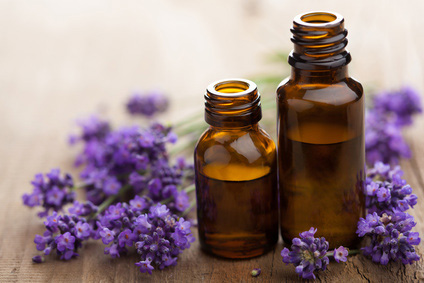 Lavender blossoms, when dried also function as perfect exfoliants, which is why they feature so often in hand-crafted castile soaps for both their scent and their rejuvenating function. The most common purpose for lavender today however veers towards the realm of aromatherapy. Well known as a sleep-promoting herb, its oil is usually wafted into the living space through the use of diffusers to ensure untroubled sleep. This is in line with ancient beliefs that state how lavender was useful for promoting pleasant dreams and a good-night's rest.

Aside from its calming effect, lavender is also a very uplifting and soothing herb, which is why many aromatherapists also recommend using lavender to prevent depression and combat stress, anxiety, and fatigue. [9] For this purpose, a wide array of lavender scented products ranging from perfumes to oils, teas and incense have been made to cater to the demands for this truly remarkable herb.

In occult / magickal practice, lavender is used for attracting love, promoting prophetic dreams, inviting joy, and opening the third-eye, thereby granting the carrier the ability to see ghosts. [10] Lavender is also used as an offering to various deities, and as a rudimentary form of incense (in its unprocessed form) for cleansing or consecration when blossoms of dried lavender are thrown into hot coals or an open flame. In both general folkloric medicine and magickal practice, sachets stuffed with lavender are perfect pick-me-ups or sleeping aids. The many active compounds found in lavender (among them many, linalool) have been shown scientifically to aid in the alleviation of stress, as well as to work in strengthening the immune-system.

Names of Lavender, Past and Present